What is Tempo Automation in FL Studio?

Automation clips are internal controllers that automate the change of parameters of plugins and linked controls in FL studio.

Automating your tempo is a great way to add excitement to your track in FL Studio. Most music produced using computers is quantized. This makes it sound unnatural. A subtle change (automation) in tempo can add a human feel to the song and make it seem like it was done by live instrumentalists. In fact, automating tempo works best when making beats simulating live performances. A variable tempo is also applicable to those times when you are making soundtracks and scores for film. .

You can automate the tempo in FL studio with these simple steps.

First, we start by setting up the project for automation. If you are using audio samples in your project, changing the tempo will stretch the audio and throw your whole project off beat. To prevent this from happening, go to Tools>Macros>Switch all audio clips>Realtime stretching.

This changes the mode of all audio samples to stretch. Here’s what the sample looked like before I changed the Macros setting.

Here is what it changes to.

Now we’re all set to begin automation. Go to the tempo input box in the project toolbar, and set the tempo you want your project to start with. In this example, I want the project tempo to change from 115bpm to 130 bpm.

Once you select your project starting tempo. Click on ‘Init song with this position’.

Next, select ‘create automation clip’ from the same menu.

An automation clip will be added to the playlist.

The control points in the automation clips are moved from 0% to 100%. This makes it hard to accurately determine the tempo and automate it.

To fix this issue, right click on the tempo input box and click copy value. FL studio will translate the tempo information into a percentage that you can paste to the control points on the automation clip.

The target tempo at the second half of the track is 130bpm. So i’ll change the tempo to 130 and click on ‘copy value’.

Next, I’ll right click on the control point at the end of the tempo automation clip and select ‘paste value’

You’ll notice now that when playback starts the tempo is at 115 and then it gradually increases to 130 as it ends. Our goal is to have the tempo change to 130 by the halfway point. To do this. I’ll right click on the automation clip at the 41st bar to make a new control point.

Now all that is left is to make the transition a little more smooth. I’ll right-click on the tension control between the first and second control points and drag down to change the shape of the curve. This will make the track tempo abruptly change value as it approaches the middle but the first half will mostly be at 115bpm.

The tempo change will happen in the highlighted section.

You’ve now learnt to automate tempo in just a few simple steps. To refine the track I’d definitely add sound effects to make the transition sound more seamless. You can try this on your project and see how it pans out. Keep experimenting and have fun, this is how we all learn and get better at our craft.

I want you to remember that all rules are meant to be broken. A lot of popular music has a constant tempo. Genre bending producers and composers break this rule repeatedly. Ask Mozart and Kanye West, they’ll confirm this. Variable tempo is the allure of live music and dj sets. Tempo has this canny ability to affect the mood and energy of the listeners.

In the club, the Dj might start with some chill music at around 90bpm. As the place fills up, the Dj might move up the tempo to about 130bpm. It’s said that this is the secret tempo range because it’s close to the speed of our heart beat. Suddenly the club is bumping and everyone is on their feet.

When making beats, you can make use of this subtle technique to add life to your tracks. Some songs need a little nudge to make the chorus stand out. So just as the Dj slowly increases the tempo as the night goes on, you can slowly increase and decrease the tempo of your musical piece and completely change the mood of the listener.

Wishing you all the best! 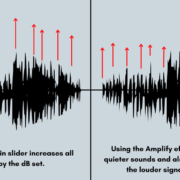 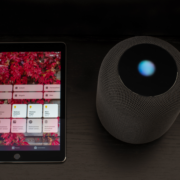 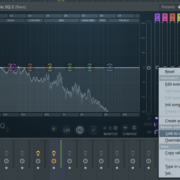