PLEASE NOTE: This article has been archived. It first appeared on ProRec.com in January 2000, contributed by then Contributing Editor Bruce Richardson. We will not be making any updates to the article. Please visit the home page for our latest content. Thank you!

Advanced samplers have facilitated the creation of advanced orchestral sample libraries. In my opinion, these new libraries are extremely important to anyone producing music today.

Before and during this review, I read user forums across the internet, attempting to do two things. First, I needed a context in which to judge my own impressions of the orchestral sample libraries I would be using for A Christmas Carol, since this is subjective stuff. Second, I wanted to get feel for how users were incorporating these collections into their work. Part of my exploration included listening to some of the work that’s been distributed online.

This is completely understandable. The fact is, if you’re not a good orchestrator, you will be hard pressed to make very good sounds with even the best libraries.

Orchestration. That is the key here, folks. If you’ve been to music school, then you’ve had the Kent Kennan or maybe the Samuel Adler texts pounded into your brain. It’s hard to get a music degree without doing your time in orchestration.

At my dear old alma mater, orchestration was only offered at 7:30 AM. It takes a pretty serious coffee buzz to put my brain in learning mode at that time of the morning. Besides, I was having way too much fun at that time in my young life.

Sorry, back to the topic. If you have had the training, then dig out your books and bone up. You can also obtain the skill by careful and critical listening, if your music education is of the more home-grown variety. But somehow, a person must learn to manipulate orchestral color to take advantage of the huge scope of tone and variety that is being offered by these libraries.

Some background in counterpoint is helpful. Contrapuntal writing is the backbone of orchestral scoring. Without it, the creative options play out pretty quickly.

There’s no way for me to give even a single orchestration or counterpoint lesson here. That is knowledge that must be obtained by study, whether it is formal or self-motivated. Listen to as much orchestral literature as possible, from Bach chorales to the end of twentieth century and beyond. If you have enough training to digest the lingo, hit the books.

Tip: Think horizontal lines. Construct your score one line and one part at a time. Resist the urge to take shortcuts and play block chords, even if you’re filling in a vertical structure. Find the melodic expression of each individual part, and play it for all it’s worth. Make an expressive phrase of every single line, no matter what its role. That’s how any ensemble like an orchestra gets those amazing sweeps of emotion. It happens in every single part, to the best ability of each player in the group. If you are not infusing this type of energy into your virtual orchestration, you can never hope to achieve the kind of dynamic and expressive scope these tools can easily provide.

An orchestra is a collection of solo instruments, not a giant pipe organ, and attempting to play orchestral samples a fist-full at a time is probably one of the most common beginning mistakes. Part of this is a reaction to synth orchestration on more traditional electronic keyboards. These sounds were frankly so bad, and so unlike their acoustic counterparts, that the only way to effectively simulate an orchestra of any kind was to use lots of block chords, reverb, and percussion. Anything to conceal the lameness of the sounds. The only kinds of orchestral music that could even be remotely simulated were tutti orchestral hits, and big percusso-loudo-fasto flourishes.

The sounds in our review are far from lame. In most cases, they are dead-on. However, if you’re used to the glistening candy-coated orchestral sounds included in most high-end synths, you may be in shock when you hear these collections. Beyond the “glamour instruments” like multisampled pianos and harps, what you’ll find here sounds very “small” at first listening.

This is where orchestration comes in. YOU, the user, must combine and interlock these sounds in interesting ways to get “the sound.” It is not easy to make this happen with a roomful of great musicians, by the way, and is even harder to do with samples.

Remember again: In flesh-and-blood orchestras, each part is a horizontal, single-note structure played from left to right (minus a few exceptions like double-stops and keyboard parts). In order to make your sampled orchestrations come alive, you must play them in the same way that an acoustic player would, and make each horizontal line musically significant in and of itself.

That means if you’re programming a hundred-piece ensemble, you’d better be prepared to play that many parts.

Just kidding. There are samples in these collections that lighten the load. For instance, there are ensemble versions of just about every solo instrument, so you can play your first violins as a single line that’s driving the sampled sounds of multiple players. Bear in mind that the same rules apply. This is not patch number 44, STRINGS, we’re talking about. You still want to enter your parts one at a time to put the acoustic mojo into your work. You’ll just do it section by section, rather than player by player. That leaves you more time to carefully construct your one-on-a-part lines that will truly define the melodic contours of your work.

I don’t want to scare anyone off. On the contrary, I want to encourage people to take advantage of the amazing advances (read: GigaSampler) that have allowed us the opportunity to even afford such a virtual orchestra.

Just know that amazing sounds will in no way equal amazing music unless you do your part as well. Same as it ever was, same as it ever was. I have seen these various libraries take heat from users who didn’t like the results they got. So, I did a little MP3 surfing to try to match a few tunes to the comments. Guess what? The shortcomings were in orchestration and production in almost every case, not in the quality of the sounds.

GET THESE TRACKS INTO AN AUDIO EDITOR!! I can’t believe how many tunes I heard that were straight out of the MIDI outputs. There is simply no way you’ll achieve anything approaching world-class polish without some serious mixdown and editing. The MIDI output, even after careful editing of your sequences, should be considered equivalent to rough, unmixed tracks. Remember, these are samples, and no matter how good your programming is, you’ll need to do LOTS of editing to breathe life into the track. You don’t have the luxury of infinite nuance in realtime, so for many instruments you’ll provide the nuance in your mixdown stages.

In general, you must take to heart the hard facts of professional musicmaking. Everywhere records are made, there are still skilled producers and engineers perfecting a single snare drum part for hours at a time. Why is that? Are they slow or stupid or old fashioned or even tin-eared?

Probably not. They’re just staying on top of the game. Better tools don’t make musical expression any less labor intensive. They just raise the bar for everyone. The rules still stay the same. Lazy art is usually poor art. The hard working and inspired just work harder and get more inspired. They do more with more.

All this is not to say that sampling’s holy grail has been achieved. Most of these sample-sets were recorded before GigaSampler existed, and are remapped to take advantage of GigaSampler’s advanced features. The producers would certainly have recorded them differently if they had planned for GigaSampler initially.

Scary talk. Does this mean that the collections are bad, or that you’ll be a fool to invest now? Hardly. They are all recorded extremely well, and in each the GigaSampler factor adds such significant musical power that the collection may as well be brand new. Every library described in this article is the culmination of massive effort, and that is why they command top dollar. Notice that you don’t see a lot of slash discounting or rapidly falling prices, even with new libraries popping up everywhere. I don’t think you ever will. That’s because a well recorded oboe is a well recorded oboe is a well recorded oboe…

So how many well recorded oboes do you need? As many as you can afford. Will the most bad-ass-super-mega-oboe-sampleset come along and make any of your other oboes obsolete? Not in the least.

If you invest in a quality orchestral library, you are making a long-term investment in these sounds. They will be as useful five years from now as they are right now. One can rightfully expect to continue using these libraries for as many years as we have computers. They will take on whatever life you breathe into them, and unlike loop and groove libraries, they won’t go out of fashion or get worn thin by others’ use of them. 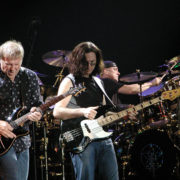 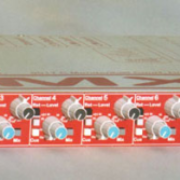