PLEASE NOTE: This article has been archived. It first appeared on ProRec.com in July 2008, contributed by then Editor Jonathan Grand. We will not be making any updates to the article. Please visit the home page for our latest content. Thank you!

Like a fast growing teenager from a broken home, the music industry has been tortured by painful and unexpected changes, finally learning how to survive on its own. Today, major labels are the melancholic parents in denial, missing the old days of sense of ownership. They are still in control, suffocating the market transformations as much as they can. But they are losing the game, and they know it: capitalism in the hands of the little ones is a doomsday device against the corporations –

“Indie” is a commonly used abbreviation for Independent music, and that means independent from the pseudo-corporatism of major labels in the areas of recording, production and publishing. Indie bands like Sonic Youth and The Pixies rose to alternative audiences when the music industry started turning into a commercial monopoly, and the somewhat recent MP3 file sharing tendency re-ignited the war between the ones with power and the ones with talent. Since then, things have changed.

The word “Indie” is now often used to represent a music genre. These artists are still independent in the true meaning of the word, but for different reasons than you might expect: the do-it-yourself approach is now maintained, not by sheer rebellion against the establishment, but because the artists themselves are now in control.

Independent labels helped this transformation, but today’s market evolution is also leaving them behind. All because of a fusion of musicians and business – more and more, artists are producing in their own home studios, or creating indie labels of their own, to represent themselves (and occasionally a few other bands) in production and promotion.

What would this mean to music?

Some (mostly big budget labels) believe music, as a business, will become less profitable for top Billboard artists – a breed of entertainers that could very well end up limited to the performers made famous by TV shows like American Idol.
Young bands would benefit from the accessibility to cheap home studio gear (specially if they have enough knowledge and ears to engineer it themselves, or find a good amateur producer/engineer), and cheap publishing (downloadable songs in online stores, without the need for CD printing, packaging and shipping).
This could become the time when garage bands start feeling the need to either get ready to take things seriously as business owners, or find a day job. Because of that, younger artists would not consider music as much, or as early. More selective and mature musicians would probably have some impact in the way music is created.

But what about promotion? Even in the age of MySpace, big labels have the money and the business connections to pay for MTV and radio plays. That gives them a significant edge. If for some reason they stopped existing, then the system would change completely. But no one knows for sure if they will.

What would this mean to engineers and producers?

There is some concern about how this will affect the studio environment, in both high and low budget levels. It’s quite possible that B-list professionals will start getting more work. Music production will become a cheaper good, making the business more profitable for small studios. Simultaneously, that environment would be more welcoming to lower quality work – just enough to make the customer happy – since it would not be motivated by (relatively) generous payments. And maybe even seasoned producers would need to adopt this rather unsatisfying work method.
With enough market competition, we could start seeing production companies or independent professionals dedicated to delivering template-based, quick song mixes for extremely low prices.

Chronologically, this happened first to design (web and graphic), it might happen now to music, and could eventually happen to the film industry as well. It’s an alarming possibility that should be considered. Still, it’s very unlikely that things will get out of hand: today we have template-based web design, but that doesn’t mean designers are out of jobs. What remains is a lot of ignorance towards the employers to pick the best professionals (since they are usually not too experienced in artistic fields).

An undeniable bonus, in this new world order for the music industry, would be a fair talent ranking: the ones with more musical, recording and publishing skills would be on top – and not so much the ones with money (although those would never stop getting radio plays, defeating the whole purpose.)

Another possibility is to also see an exodus of studio professionals towards jazz and classical (mainly film scores). Since those genres will always need extreme care, for precision in production or bigger budget purposes, the industry might not look as dark for professionals after all.

Despite the parallel made between design, music and film businesses, what usually happens is that teams are needed to achieve the results. And since it’s never really a one-man-job, high quality production environments stay alive, because they usually end up being more profitable and pleasurable for everyone involved.

Despite the complaints of major labels about the state of the post-MP3 market, the film industry is also victimized by tons of DivX downloads. Some movie industry analysts predicted, a couple of years ago, that big budget summer blockbusters would disappear, and guess what? They’re still becoming increasingly profitable, and since 2006 we’ve had the biggest record-breaking box office sales ever registered. So I would bet we’re still going to see a lot more Batman sequels and remakes before things start going down.

Obviously, no one knows the future – specially the future of music in these days of violent transformations. I’ll gladly write a follow-up to this analysis after more time of reflection and information gathering about how exactly things will end after the MP3 vs. Labels war is finished. 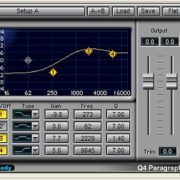