PLEASE NOTE: This article has been archived. It first appeared on ProRec.com in May 2000, contributed by then Staff Editor Ethan Winer. We will not be making any updates to the article. Please visit the home page for our latest content. Thank you!

Several months ago I was mixing a symphony I had sequenced for a local composer when I noticed the French horns were fuzzy in one channel. It was that unmistakable sound of a bad connection, the kind that goes away when you wiggle the wires. I have a fairly complex setup comprising seven external synthesizers, a computer with dozens of audio programs and two sound cards, a rack full of outboard effects, and a 48-input mixer to combine all the outputs.

The fuzzing horn patch was coming from my Yamaha SY77 synthesizer, so I reached in the back and unplugged and reseated both stereo pairs of phone plugs. The fuzz was still there, so I fiddled with, in turn, the wires from the SY77 to the noise gates, the noise gates to the mixer, and the mixer to the power amp. Nothing helped, and all I could do was ignore it for the time being. By the next day, when I was finishing the mix, the fuzz had disappeared as mysteriously as it had appeared. But this experience confirmed what I’d long been considering: It was time to abandon my aging gear and start working entirely within the computer.

There are many good reasons to consolidate all recording and mixing–both MIDI and audio–into a single computer. Modern software samplers, audio recording programs, and plug-in effects are very high quality, and computers are finally powerful enough to handle an entire mix in real time. Keeping everything in the computer eliminates all hum and noise caused by ground loops and flaky cables, avoids the hiss inherent in most older outboard gear, and allows complete mixdown recall and automation. And with current computers you can handle 24 or more audio tracks–you don’t need to buy three ADATs or an expensive stand-alone hard disk recorder.

Using a computer-based sampler also simplifies patch editing because there’s only one operating system to learn. With my seven synthesizers, making even a small change to a patch requires a frustrating trip to the owner’s manual and time wasted squinting at a tiny LCD display. Compare that to using a single computer program that presents an attractive interface on a large video monitor. Further, a computer-based sampler is easily upgraded with new sounds, as opposed to the latest must-have hardware synthesizer that must be purchased again and again. Perhaps most important of all, with a computer you can mix directly to a Wave file and burn that to a CD as the final product–without ever leaving the digital domain.

I already own IQS‘s excellent SAWPlus32 multitrack recording program, Sound Forge 4.5 for Wave file editing and mastering, a slew of DirectX plug-ins, and the excellent DreamStation software emulation of classic analog synthesizers. All I needed was to play back sampled sounds from my sequencer. I tried several shareware software samplers but found them inadequate, and I rejected the high-end commercial programs because they all use copy protection.

Because I already have a Creative Labs SoundBlaster Live card, it was an easy decision to use its built-in sample-playback capability. The SB Live sounds great, it is powerful and inexpensive, and it has one huge advantage over software synthesizers: The sound generation is handled entirely by hardware on the card itself. So there is no latency delay, and there’s no load on the computer’s CPU or hard drives even when playing a very complex MIDI sequence. Further, the Live card has two complete 16-channel synthesizers, for a total of 32 separate instruments and 256-note polyphony.

Many people wrongly believe that the SoundBlaster Live card is cheesy, based on the puny 2 MB GM sample set installed by default. However, I have done careful listening tests of this sound card and found the fidelity to be excellent. Samples played back by the SB Live are based on Wave files, so whatever quality is in the original recording comes through exactly. You can allocate up to half your system RAM to hold sample banks, offering the potential for truly professional results on a well-endowed computer. My sound card test is described in a separate article on my web site. Also see Pete Leoni’s article Is it Live, or is it Sampleblaster? here on ProRec that discusses other aspects of using a SoundBlaster Live card as a sampler.

As a typical project studio owner I don’t need 8 or 16 sound card inputs and outputs. I use MIDI to sequence as much as possible of a project, and then overdub live instruments one at a time as mono or stereo audio tracks in SAW. For the occasions when I do need to record more inputs at once, I have a second sound card, a CardD Plus, for a total of four simultaneous channels.

Unless you record entire bands or need to transfer many tracks at one time to an external tape or hard disk recorder, most project studios need only a SoundBlaster Live and possibly one additional sound card. And if you really do need many input and output channels, you can buy a multi-port interface for that and still use a Live card for its sample playback.

The SoundBlaster Live uses a sample format called SoundFonts. Several SoundFont banks are included when you buy the card, and hundreds more can be downloaded for free on the Internet (see the list of web sites below). Commercial SoundFont libraries are also available, and most cost much less than similar libraries for the “pro” format samplers.

The SB Live comes with 2 MB, 4 MB, and 8 MB General MIDI SoundFont banks. The 2 MB bank is installed by default but, depending on how much of your computer’s main memory you are willing to allocate, you can instead load the 4 MB or 8 MB version. Each is progressively better because the instrument notes play for a longer time before looping. But the real action is in 32 MB SoundFonts, and dozens of them are available for download or purchase.

Since I write both pop and classical music, many of the 32 MB SoundFonts I found were of little use to me. I need good strings, oboes, clarinets, and so forth. Most of the large GM banks improve on the pop music instruments only, and contain the same cheesy classical instruments in the SB Live’s original 8 MB bank. Indeed, many of the free sounds I found are lame, or merely contain minor variations on the stock sounds that already come with the SB Live. But there were some real gems among all the garbage, and I set out to create my own 32 MB GM SoundFont, based on the best samples I could find.

For less than $100 and about ten hours of download time, I ended up with a collection of sounds that are much better than all of my current hardware synths combined. (Plus I can always record a favorite sound from an existing synth and add it to my master bank.) In fact, I found so many great sounds–harp glisses, ethnic instruments, drum sets, even sound effects–that I created several additional SoundFont banks I can load as needed to access those additional patches. I also bought from the E-mu web site a SoundFont version of their Proteus/2 synthesizer. At only $29 this is a great value compared to what I paid for the hardware version just a few years ago!

Creating a custom SoundFont bank was a huge project that took more than three months to finish. Most of the work was done in Vienna, the SoundFont editor Creative Labs offers for free in the LiveWare Downloads area of their web site. When samples needed to be edited or relooped I used Sound Forge 4.5. But the real effort was auditioning the hundreds of electric basses, clarinets, harps–you name it–and deciding which were best and thus deserved to go in my master file. Along the way I learned a lot about building and editing SoundFonts and looping samples, and that is covered in Part 2 of this article, linked below.

I have not yet found a grand piano SoundFont as good as my Yamaha PFp-100. The stereo Grand Piano in Fluid is the best I have come across so far, and it’s noticeably better than the piano patches in most hardware synthesizers. But for now, when I write a tune where the piano is prominent and I need the highest quality possible, I’ll simply record my PFp-100 as an audio track.

Many of the web sites that offer SoundFont files for downloading use SFPack and/or SFArk. These ZIP-like programs are designed specifically for compressing SF2 files to make them download faster. All of the sites that use these utilities also have links to download them.

Hammer Sound is run by Thomas Hammer, and this is a great site with tons of SF2 files. All of the files are organized by category, and many of the sounds are rated by previous downloaders.

Fluid is a work in progress by Frank Wen, and the site has only the 35 MB Fluid.sf2 file. But this is a very good collection of instruments and it’s well worth the download time.

The Personal Copy site is not a huge collection, but according to “JimR,” the site’s host, “If a SoundFont isn’t outstanding, I don’t post it.”

PlanetAWE offers only a few original files, but it has links to many other free and commercial SoundFont sites.

SFUpload is run by Kyosuke Takahashi, and contains mostly pop instruments as well as some complete drum loops.

The Sound Site is the most comprehensive of all the SoundFont sites I have found. There are several gigabytes of SF2 files you can download for free, and they also offer every file on the site on a four-CD set for $39 postpaid.

The UpMetal! site contains mostly drum files, but there are a few organs and pianos too. 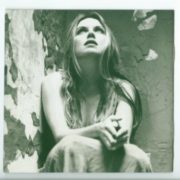