Plug-ins are a part of everyday operations when working with music and other types of audio recordings. Plug-ins can be used for a wide range of things including everything from adding effects, to sampling audio for musical purposes to emulating instruments and even synthesizing one’s own unique sounds. It is also possible to get third-party plug-ins that may offer more variety in terms of controllable parameters.

Plug-ins come in a variety of formats. Some are Operating system specific and some are specific to certain digital audio workstations. These specificities make knowledge of plug-in formats important when deciding which plugins to install on your hard drive.

One important aspect that cannot be overlooked when talking about plug-in formats is the existence of wrapper plug-ins. These are plug-ins that can be used to host plug-ins of other formats in environments where they would ordinarily be incompatible. For example, an AAX wrapper plug-in being used to host VSTs in Pro Tools. These plug-ins have some limitations such as some not being able to host 32-bit plug-ins.

Developed in 1996 by the German music software and hardware company Steinberg, Virtual Studio Technology, commonly known as VST, is the most common plug-in format. It is the most common interface type for effects and instruments. Some VST plug-ins have stand-alone applications while others need to be integrated into a Digital Audio Workstation in order to use them. VSTs have a graphical user interface that provides input options that resemble knobs and faders found in audio hardware. The first iteration of VST plug-ins were 32-bit software and could only receive input via the Music Instrument Digital Interface (MIDI) communication protocol. In time, Steinberg developed VST 2.0 which was able to process 64-bit audio. This meant that the plug-in was in a position to use more of the computer’s resources to process audio. Later on, Steinberg developed VST 3 which came with further improvements.

It should be noted that VSTs are specific to operating systems. This means that when downloading them, users should be careful to download and install the version of the VST plug-in that is built for their operating system. What operating system a download is for will usually be specified by the manufacturer or website and in many cases when purchasing a plug-in, the download will include versions compatible with both Windows and OSX.

It is also important to note that for most users, the 64-bit versions of the plug-ins are recommended since they can access more of a computer’s resources resulting in better performance. However these plug-ins cannot be installed on computers with 32-bit architecture. Most users whose computers have Windows 7 or higher are likely using 64-bit computers. It does no harm to install a 32 bit plug-in on a 64-bit device.

Resource management-Unlike VST 2, VST 3 plug-ins only work when they detect an audio signal coming through their inputs. VST 2 plug-ins on the other hand are always working. This leads to waste of CPU resources when using VST 2.

Inputs and Output Routing-VST 3 plug-ins can also have multiple inputs and outputs unlike VST and VST 2 which could only be routed to a single MIDI input/output.

Dynamic Input and Output- VST 3 plug-ins also adapt to the configuration of the channel that it is applied to. This means that if a VST 3 plug-in is applied to a stereo channel, the plug-in will adapt itself for stereo input and output. The same applies to surround channels for surround mixing (5.1, 7.1 etc)

Real Time Audio Suite (RTAs pronounced are-tazz) is a plug-in format developed by Digidesign for the Pro Tools LE, Pro Tools HD and Pro Tools TDM. This format was designed to use the processing power from the CPU of the computer that they are installed on as opposed to Digital Signal Processor chips. This made the processing of audio much smoother. There existed in the past, a VST to RTAs converter made by the FXpansion Audio company but due to legal roadblocks (RTAS being a proprietary software format) the development of a RTAs to VST converter has been rendered impossible. Pro Tools 10 was the last version to support the Real Time Audio Suite format. Later versions use the Avid Audio Extension format of plug-ins

Time Division Multiplexing or TDM are Pro Tools plug-ins that, instead of using the host computer’s processing power to process audio, use Digital Signal Processor (DSP) chips thus saving on processing resources used by the host computer. As such these plug-ins are designed for use with outboard audio hardware equipment and were designed for use with Pro Tools HD systems and their unique features. These plug-ins were often compared to RTAS plug-ins the distinction being that while RTAS plug-ins used resources from the host computer, TDM plug-ins had their own separate resources in the form of DSP chips. TDM plug-ins were often used in high-end audio processing systems thus making them very expensive.  Pro Tools versions 11 and higher do not support TDM and instead use the AAX format.

Pro Tools versions 11 and higher use Avid’s proprietary Avid Audio eXtension format of plug-ins in place of Real Time Audio Suite and Time-division Multiplex. One major difference between RTAS and AAX is that whereas RTAS plug-ins only supported 32-bit files, AAX supports 64-bit files. While Pro Tools does not officially support plug-ins of other types, certain AAX plug-ins can be installed that can act as “hosts” which let Pro Tools users use plug-ins of other formats within Pro tools AAX environment.

In conclusion, we see that there are several plug-in formats available on the market. Some are specific to certain operating systems. Some to certain digital audio workstations. Taking all of this along with computer resource allocation into consideration when buying or downloading plug-ins can make a difference in terms of performance and will ultimately affect your workflow. 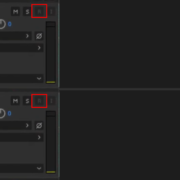 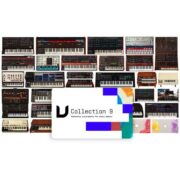 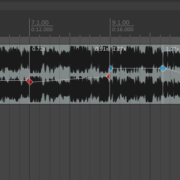