Mixing is a process where you make sure that all the sounds in your song sound good together. It also involves cleaning out noise that you do not need, and panning to either fill up the stereo field or make space for other sounds in the stereo field.

Right here you’re setting levels for all your sounds or instrument channels. I’ve heard aspiring engineers ask for plugins to do this, but you can easily achieve it by going to the studio option

And using your faders. I usually start with my kick, bass, then the rest of the drums and then other instruments. I normally make sure my kick peaks at 9db, then set everything else to how I want it to sit in comparison with the kick in the mix.

Another one of your first stages of mixing is gating. Here you’re removing background noise that’s not needed on your recordings, maybe from overlapping sounds that come from surrounding noise that wasn’t supposed to be picked up by that specific mic.

You can either do it with a gating plugin which you put in your inserts. With this, you’ll set the threshold of the lowest point it starts cutting at, or you can gate manually by

1. Chopping your audio waves on the quiet parts (or at least where the sound that was being recorded is quiet)

2. Cubase has this cool option where you double click your audio wave file,

then you can select the part you want to silence

And silence them on the process options on the left one by one.

For my bass, I sometimes like to saturate it with a distortion plugin so it has more of the mids and high mid frequencies for more visibility in lot of small sound devices.

I like adding the distortion before the subtractive EQ on my bass or adlibs if needs be,

I do this in case the distortion plugin adds some frequencies I don’t like as well while it’s adding the ones I’m looking for. For my main vocals though, I add distortion as a send after the complete processing of the vocal so that it’s not into the vocal (if that makes sense)

and I like cutting off the lows and some of the mids on the distortion on my main vocals as well.

Call me crazy, but sometimes I feel like a bit of reverb works on the FX Channel of my distortion, I normally add that reverb as a send on that channel.

Autotune/Pitch Corrector if needs be

If you feel your song needs autotune, which is more apparent in today’s music, after all the levels of your sounds are set right, and everything is clean with no background noise, you can go to your vocals and instert it.

Used mainly if there are some off key notes on your vocals, or you don’t like the pitch/tone, or maybe you just love the effect it has on your vocal.

On your vocals you might want to cut off the sibilances so that they’re smoother and not too harsh on the ears. You do this by setting the threshold to the desirable level.

Now you can remove all the harsh and unnecessary frequencies in each of your sounds with an equalizer, preferably a parametric equalizer like Cubase’s Studio EQ,

or my favorite because of the accuracy, the parametric EQ called Frequency.

A parametric equalizer rectifies the tonal imperfections of your sounds using a frequency selector to select the specific frequencies with the issues,

the gain nob to set the number of decibels you want cut or boosted in that specific frequency you chose,

and the Q bandwidth nob that if set thin will make sure you only affect the specific frequency you selected and not much of the surrounding frequencies, and if set wide affects more frequencies closer to the frequency you’re working on.

In your subtractive EQ, you also want to hipass the lows of your sounds to remove the unnecessary low end mud, kicks and bass from 20Hz to 30Hz or maybe a bit higher depending on the specific sound you’re mixing,

vocals from around 120Hz maybe to R180Hz depending on the vocal you’re mixing, and other sounds accordingly as well. Normally I’d mix all the sounds completely one by one, starting with the kick, the rest of the drums and bass, then the other sounds, then do final touch ups on the mix when everything is mixed just to make sure that the sounds I mixed first still sound in marriage with the sounds I mixed last, which is usually not much of a problem.

You do this using the ratio

and threshold of your compressor to set how much compression is needed,

and your release to set how quick/slow it lets go of the signal.

You can also use the make-up gain to make up for the gain reduction that may have taken place as you were compressing the sound.

Then you use an equalizer again this time to boost the sweet spots or necessary frequencies to boost on your sounds.

With kicks you might want to boost around 40-50 Hz to give your kick more weight,

and maybe your mid frequencies from around 500Hz to a 1000Hz or a bit higher if needs be to make your kick more visible,

the bass in an almost similar way though you wanna compress it differently since the kick has to punch but the bassline doesn’t have to. You might also want to boost the high mids for clarity in your vocals, and the highs around 10 000Hz for air.

I normally add my reverb first, though you can start with the delay, it makes little to no difference if they’re added as sends anyway, cause I add both as sends. The reverb gives room/space to your sounds, and you might want to experiment with the predelay to find what works for the mix you’re looking for, a distant predelay might bring the vocal a bit closer in sound, but a lot of reverb is normally to push it into the mix and make it sound a bit distant.

The delay might make your vocal sound more forward,

and the timing is better in sync with the tempo of the song.

When you add your effects as sends, it’s important to make sure that the mix level is at 100 on that particular plugin.

And your reverb time must be short so that it doesn’t muddy up your mix and all, but I normally prefer shortening it by making the room size small and not by actually shortening the time scale  so that it sounds more natural, especially when mixing.

I normally just add the delay only on vocals, and if anything else, it’s usually for creative reasons. I always add either a bit or a whole lot of reverb as a send on my delay, then I hi-cut and lo-cut it so that it’s behind the mix a bit.

You can also add any other effect on your delay for creative purposes, your ears should be enough to tell you what works and what doesn’t. This is the chain I normally use for everything but you can experiment if you like, just to see what works best for you.

Now that you know all this, as you apply it, it’s important that you know that the most important guide for your mix is not specific units, or a specific chain or routine, but it is your ears. And your ears judge better the more you practice. So get on your Cubase and start practicing right now! And most importantly, HAVE FUN!!! 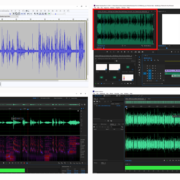 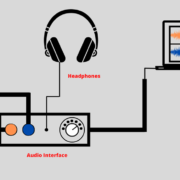 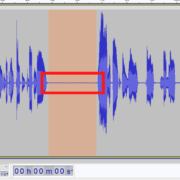 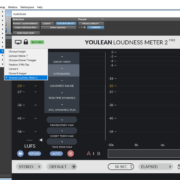