Home
Blog
How to Record Audio or Produce Music on Chromebook?

This is a two part article and that’s because there are two different intentions of a sonic recording on a Chromebook:

So let’s get into it, shall we?

How to Record Audio or Voice on a Chromebook?

If you want to record basic audio, which could mean capturing your voice, perhaps a tune you just came up with, a lecture, or maybe even a zoom call, then you can easily do that through web-based recorders on the internet. All you have to do is open your browser, go to a website, and hit the record button, that’s it! There are different platforms where you have to follow a few steps, so let’s go ahead and run through them real quick.

Simplicity is at its peak here, and we mean that in a good way. The moment the site loads, you see a big red button to start recording. This is where this guide comes in:

It’s so easy a kid can record with it! Here’s how to get that done:

Want to send recordings to people on Discord, Tinder, Telegram and Slack, without having to pay anextra fee? Then go ahead and try Reverb, it’s real easy to use and loads super fast! Reverb is unique, as in it offers anonymity, even when you create an account. This is how you use it:

How to Record or Produce Music on a Chromebook?

Music Production on a Chromebook is not as straightforward as you may think. Depending on what it is you are trying to do, it may or may not be a viable solution.

Chromebooks are less powerful compared to other desktops/PCs and laptops. Software options that are popular and considered industry-standard, like Ableton, GarageBand, Logic Pro and Pro Tools aren’t available for ChromeOS. However, through the Google Play Store you have other options available for use, like:

You can choose from several categories, such as bass, instrument, mic/voice, drum machine and guitar. The grand piano is available as a default instrument, though the default can be changed to a bass, drum pads, guitars, percussions or whatever you may like.

Playing and recording is done through two options, the first being a “MIDI Controller”. A small keyboard that can be plugged through a USB cable, then syncs with BandLab automatically. And the second option is through any typing keyboard.

Now every alphabetic PC/laptop key controls a key on-screen. Pitch can be adjusted on the top-right so you may check which typing key corresponds to which on-screen key.

See that button beside the green slider at the top? That’s the “click track” that tells you how far you’re in with your recording. To the left of that button is the “tempo”, which you may adjust however you wish. By the way, within the click track button is a dropdown with which you can manually increase or decrease the tempo.

The first time you open voice recording, it’ll ask for what mic you want to set as your default mic. You may choose either an interface with a mic within, or a USB mic, or the computer’s built-in mic.

This is monitoring, with it on, you can put yourself in the headphones as you sing into the mic.

Within BandLab’s voice recording, you’ll see this jumping bar.Try to keep it within these two lines, as any higher voice would feel like screaming, and lower than that would be something really muffled.

This DAW (Digital Audio Workstation) is currently owned by Spotify. However, autotune and automation aren’t available in the free version, you will need pay for those two (+ more things).

When you first go open the program, you’ll immediately notice that it has a very simple user interface. Right off the bat you get to see two options: record music and record podcast.

Though it should be noted that you may face difficulty in playback from the. In settings within the paid version, you don’t have monitoring available, however, MIDI settings, the tuner and track merging are available options. Podcast tools are separate.

It must be noted though that if you need a tutorial just to know why sound isn’t coming out of any DAW, it probably isn’t intended at all for experienced music producers, like what we see in this video.

It can be tricky to get to the output settings, but the input settings are clearly visible at the center-left of the screen. The gear icon on the bottom-right is where the metronome settings are.

Bear in mind that the support site for SoundTrap has this actual article saying that as the latency for audio is “too high” in Windows and ChromeOS, they’ve decided to turn it off, which seems to be quite the temporary solution.

Lastly, if you’re playing the piano, the only parameter that you can control is the velocity, and that’s about it. The target audience of this DAW is clearly people who have just gotten into music production.

The grid looks strange at first sight but you’ll get the hang of it as you use it. If you click at the pitches in order, at C, just less than 2 octaves, you’ll get all the natural notes here.

The play button below plays them all at once. And every note after that will be played from left to right. Every measure/section has a different shade (either gray or white). You can create melodies by just clicking at the tiles.

Changing instruments is really easy, you just have to click at “strings”. The “tempo slider” at the bottom-center to slow down or speed up. To the left of that slider is the “percussion” button. You can choose different percussion from there like kick-drum, electronic, and snare.

The restart button clears all the melodies and everything that you’ve added so far. At the bottom-right is the “save” button to save your progress, no matter what you’ve recorded so far.

Holding onto shift and dragging the mouse on whichever tile you desire will result in much better melodies. There’s also the possibility of mixing and matching different strings, like kick-drum in some measure, snare in the next, and electronic at the end.

Now this is the part which most of you have been waiting for. Where do I add my own voice? Well, Voice-recording over your composition is also really easy. Just click the “mic button” and sing along with the music!

Now for the settings, the maximum length can go upto 16 bars, and 7 is the maximum number of beats per bar. The measures too can be divided into more, or less, subdivisions. Scale selection is also possible.

There’s also note start-on selection that you may like to change. Lastly, the range can go up to 3 octaves. And that’s basically it for the Song Maker by Chrome.

To sum it all up, it all boils down to what YOU like. If it’s some simple voice recording, even an old-school site (which still has compatibility with sites like Tinder and Discord) is enough for a Chromebook. Though for full-fledged music production and recording, your choices are barely even a handful. 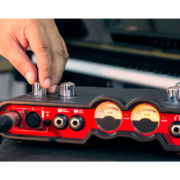 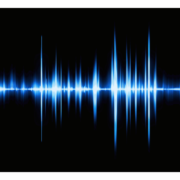