Plug-ins are an essential part of audio engineering and music production. It would do audio engineers a world of good to be conversant in their installation, management, categorization and use. While Pro Tools and other Digital Audio Workstations are equipped with stock plug-ins, there are a variety of companies that manufacture third-party plug-ins which, be installed and easily incorporated into an engineer’s workflow, and in many cases produce superior results. In this article we will look at why we need these plug-ins, how to install them and ho to ensure they are working in Pro Tools.

Why Do You Need Plug-ins in Pro Tools?

Sometimes when working with audio in Pro tools, an engineer might need to incorporate certain effects into their signal chain. While Pro Tools does come with a good selection of stock effect plug-ins, these may not always be the best tool for the job or an engineer might be more comfortable using third-party plug-ins if they are new to pro tools and thus haven’t familiarized themselves with the stock plug-ins yet.

It may also be the case that whatever the engineer is trying to achieve cannot be done using pro tools stock plug-ins or pro tools itself does not have that functionality as a default. For example, in recent years it has become commonplace to measure loudness in Loudness Units Relative to Full scale (LUFS) as opposed to the default Decibels relative to Full Scale (dBFS) used in Pro Tools mixer channels. Since Pro Tools does not have a LUFS meter, a third-party metering plug-in is needed to help engineers achieve mixes that meet industry standard loudness in LUFS.

Below is a rundown of the basics of plug in installation and a practical example of how I installed and ensured that a plug-in, Youlean Loudness Meter, was working in Pro Tools.

Most plug-in manufacturers make their plug-ins in the near-universal Virtual Studio Technology (VST) format. While plug-ins of this format will work with practically any DAW, the same cannot be said for their compatibility with Pro Tools. At least not without the use of third-party add-ons such as Patchwork by Blue Cat Audio.

By default, AAX plug-ins will install to any of the following locations. Note that Pro Tools versions 11 and higher will only scan for plug-ins in these locations.

Replace {drive letter} with whatever letter is designated to the drive where you install programs based on your own personal preferences. By default, this will be the computer’s “C” drive.

In case plug-ins are not installed to these locations, they might install to either of the following folders that are typically used for VST plug-ins:

For Mac OS users, the default install locations for AAX plugins are

Once a plug-in is installed, Open Pro Tools to check whether it appears in your list.

Below is a step by step walkthrough of how I went about installing Youlean Loudness Meter.

How to Install a Plug-in [Step by Step Process]

Having identified my need for a metering plug-in that measures loudness in LUFS, I set out to find the most suitable, affordable and reputable plug-in for the job. I conducted some research and asked on various message boards and forums and I settled on Youlean Loudness Meter.

This is a metering plug-in that, luckily, has a free version available on their website.

Clicking the “Download Free/Pro” option took me to the screen below, where

I clicked the “Download for windows” option since I am working using a Windows PC. This would download a zip file onto my computer which I would later Extract.

In the window that appeared, I determined that the zip file would be downloaded to my computer’s default “Downloads” folder and clicked Save to begin the download.

Once the download was completed, I navigated to my downloads folder where I double clicked the Youlean-Loudness-Meter-2-V2.4.3-Windows-2.zip icon.

To Unzip the file, I used the free archiver software WinRAR, whose window is pictured below.

Here, I clicked Extract To which opened a smaller window, pictured above, where I would determine where the files would be extracted to. The arrow in the screenshot above indicates this location.

To begin extraction, I clicked OK.

This resulted in the creation of a folder labelled Youlean-Loudness-Meter-2-V2.4.3-Windows-2 which when opened presented me with the following window

From here, I could begin installation of the plug-in by opening the YouLean Loudness Meter 2 – V2.4.3.exe.

To begin the installation process, I clicked the Next button circled above.

This took me to the window below where I could choose which versions of the plugin I wanted to install onto my hard drive. Since I have more than one DAW, I left the VST options checked.

I also ensured that the AAX Plugin option was checked so as to allow Youlean to show up in Pro Tools. With these selected, I clicked Next

Subsequent windows such as the ones above asked me to confirm the installation locations of the VST and AAX versions of the Plug-in.

With all the locations confirmed, this window appears. Clicking Install begins the installation process whose progress is shown by a progress bar as shown below.

When the Process is complete, the final screen prompts me to click Finish to exit the installer.

If all is in order, the plug-in should now be available in Pro Tools. When opened, Pro Tools automatically scans for AAX plugins.

Given Youlean Loudness Meter 2’s function, it appears under the “Sound Field” category in the Pro Tools AudioSuite menu.

Because this categorization may not be obvious to some engineers, it may be easier to access some plug-ins if they are categorized by manufacturer as opposed to Pro Tools default categorization. Below is a guide on how to change the way Pro Tools lists plug-ins.

Pro Tools, by default, organizes plug-ins by category in the Audiosuite menu as shown below

Installed plug-ins will automatically appear under the appropriate category. It is possible, however, to customize how Pro Tools organizes plug-ins.

Under the setup menu clicking Preferences and looking in the display tab, there is a drop down menu that is labelled ”organize plug-in menus by” where there are several options that help organize plug-in menus. Organizing them by “Category and manufacturer” can be very helpful when it comes to finding plug-ins.

It is also possible to have a plug-in listed as a “favorite”. To do this, simply hold CTRL (Command on Mac) and click the name of the plug-in on the AudioSuite menu. This will make it appear at the top whenever the AudioSuite drop-down menu is opened.

Plug-ins in Pro Tools are also categorized into mono and stereo. If a plug-in doesn’t appear when trying to when trying to incorporate it into a signal chain. If the channel an engineer is trying to insert a plug-in into is a mono track then only mono plug-ins will appear on the list.

In case a plug-in has been installed but still doesn’t appear on any of the lists within the Pro Tools Program, it is possible to force Pro Tools to rescan for these plug-ins by deleting your Pro Tools Plug-in Preferences.

In conclusion, we see that third-party plug-ins can be very useful to engineers. Some of them even have free versions. They can be easily accessed on the internet as some plug-in manufacturers offer free, albeit limited, versions of their plug-ins which can still be installed and their use incorporated into the audio engineering workflow. We also note that the categorization of the AAX versions of these plug-ins has been made easy through Pro Tools preferences and the “favorite” feature. Armed with this knowledge audio engineers can use these plug-ins to offer better quality end products to their clients. 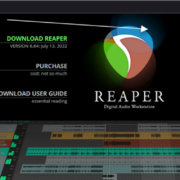 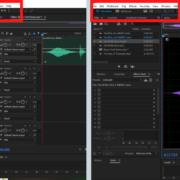 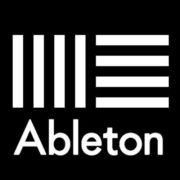 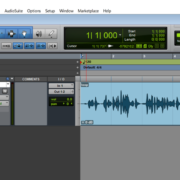