PLEASE NOTE: This article has been archived. It first appeared on ProRec.com in June 1999, contributed by then Editor-in-Chief Rip Rowan. We will not be making any updates to the article. Please visit the home page for our latest content. Thank you!

I was fortunate to receive a matched pair of Crown CM-700s for review almost two months ago. I have spent the better part of those months making extensive use of these microphones, and I am happy to report that we have a serious more-for-less contender in these mics.

Crown has produced the CM-700 for some time now, but only recently began shipping these as matched pairs. The matched set is shipped in a wooden jewel box and includes a stereo mic mount for X-Y applications. Retail for the pair is about $580, and can be found on the street for less than $450.

The Crown CM-700 is a single pattern cardioid condenser microphone. The operative word in any description of this mic is flexibility. Crown has designed the CM-700 to serve virtually any application where a cardioid microphone would be suggested.

Specifications suggest a fairly middle-of-the-road mic. Self-noise (21 dB SPL, A-weighted) and signal-to-noise ratio (73 dB) put these mics generally below audiophile mics from Neumann, Schoeps and Earthworks. The mics also display poor low-level sensitivity at -52 dB re 1 mW/Pa. These specs would suggest that this is not going to be the mic of choice for very quiet applications such as quiet acoustic guitar picking or other sensitive field recording applications. On the other hand, the mic can sustain 151 dB, unpadded, so it is easy to envision that this mic will be very useful for many rock, jazz, and country music applications such as drums, guitar cabinets, vocals, and other intense applications.

Frequency response indicates a relatively agressive mic. The response rolls off slightly below 50 Hz, and a couple of treble bumps at 6 KHz and 10 KHz suggest a mic with a sharp top end and a relaxed bass performance. The mic features a humbucking transformer – probably the primary reason the mic is less sensitive and slightly more noisy than other competitors. However, I’m a big fan of good-sounding transformers. I think that mics with good transformers often have a sweeter top end and a rounder bass response than many of the transformerless designs available.

My CM-700 MP shipped with the optional CM-SM shockmounts. These simple but elegant shockmounts will fit many different condenser mics. I found them to be a good fit for my SM-81s. These little shockmounts are very cool, and provide a wireclip to hold the wire and keep the mic suspended properly in the shockmount.

The mics are quite small, the smallest cardioid condensers I own – about the size of Neumann’s KM184. This makes it easy to get the mic into tight spaces. Also I noticed that the condenser element is right up against the protective wire mesh – you can get that element within a couple of millimeters of the sound source! And with its high maximum SPL, you don’t have to be afraid to just get the mic right up there against the drum or speaker. Of course, with an element so exposed I imagined this microphone would have a pretty powerful proximity effect, which was borne out in testing.

Crown also ships two different windscreens with the mic. One windscreen is targeted at wind noise, it’s the usual “afro” looking egg-shaped screen found with many mics. The other one was a very interesting windscreen with an integrated pop filter. This two-stage windscreen plus pop filter is specifically designed for vocal use. I did not try this windscreen in the studio, but I could see this being THE mic and windscreen for podium use.

Crown was generous enough to ship the CM-700s on the first day of a week-long set of sessions cutting rhythm tracks for an upcoming release by Four Mile Mule, a popular Dallas roots-rock / country band. I immediately popped the mics up over the drums as overheads and started dialing in sounds – probably the most typical application for this mic. Actually, I found this to be the best-sounding drum miking kit I’ve ever used: SM-57 and Marshall MXL-2001 on snare, AT-Pro25 on kick, SM-81 on hats, AT-4050s on toms, and the CM-700 MPs as overheads. We achieved some remarkably fat and tight drum sounds that day.

As I have gone forward into mixing the drums, I find myself usually starting with the drum overheads full-up, and dialing in the close-miked drums to add a little beef. This is in sharp contrast to other mic kits I have used on drums – I have previously used my matched AT-4050s as overheads, and their agressive sound tends to make cymbals too harsh to put forward in the mix. These CM-700s have an agression too – but the treble boost is shifted up an octave above the 4 KHz boost of the 4050s. Cymbals have a clear and bright sound – and as I suspected, the humbucking transformers provide a smoothness in the cymbals that my transformerless AT4050s cannot provide. These are sweet-sounding mics! So, these mics first application as drum overheads passed with flying colors.

Next came acoustic guitar. I reached for my SM-81 – usually the mic of first choice when recording an acoustic. We got a good sound, and I was tempted to just run with it. Then we threw up the CM-700s, and I was really surprised at what I heard. The CM-700s actually sounded better – and, dare I say, more accurate than the SM-81. I think that what I was hearing was the diminished treble response at 4 KHz and the accentuated response at 6-10KHz, because the SM-81s are clearly flatter than the CM-700s. However, the CM-700 sounded less harsh and more “fluffy” than the SM-81. The guitar sounded smoother, rounder, less harsh. We recorded acoustic guitars for the project largely with the CM-700s, backed up with the SM-81 for quiet parts as well as my trademark “mystery mic” secret weapon for lo-fi sounds. For quiet acoustic guitar, you want a more sensitive microphone, but for strong rhythm parts, the CM-700 is outstanding.

We also used the CM-700 on electric amps with mixed results. I am just not a fan of using condenser mics on guitar amps. The key exception to that is the AT-4050, which is an OUTSTANDING mic on any guitar amp. The applications where the CM-700 worked well were room miking of the guitar amp, where you really want to hear the sound of the room. These are applications better suited to omni mics anyway. One nice thing about using the CM-700 in a room is that it seems to exhibit a gentler cardioid rolloff than my other cardioid mics – it’s less “pinched” and more “open”. I think this mic could also be excellent at recording that full-range Marshall distortion sound that’s popular now in heavy guitar music, but we didn’t have an opportunity to try this mic on an application like that. This could also be a great bass amp microphone. Unfortunately we didn’t have the opportunity to try that either.

I was really surprised how good this mic sounds on vocals. I guess I shouldn’t be: the mics nice, smooth treble boost at 10K is typical of the great vocal mics like the C-12 and U47. The CM-700 isn’t as warm as those tube mics – it lacks the complexity and richness in the midbass and low midrange (300-500 Hz) of these large-diaphragm tube models – and it is fairly bassy. The effect is slightly “scooped out” with a nice, bright, smooth treble. I was right about the proximity effect. This mic’s proximity effect can really add a lot of bass! And with that diaphragm way up front you must be VERY careful with plosive consontants. A poorly-delivered “P” can really wreck your day. For that reason I would recommend using a good pop filter at all times, and keeping the singer from singing “right down the tube”. For an intimate vocal sound, the CM-700 can really put the singer right in your lap.

In the end I was very pleased and amazed at the sound of these mics. Specifications only tell part of the story. No numbers had prepared me to hear the truly beautiful sounds that this mic is capable of producing. From percussion to guitars to bass to vocals, this mic is a strong contender in virtually any application, particularly close miking of loud, powerful sounds. Before buying any other small-diaphragm condensers, you really need to listen to these mics. The CM-700s are a strong contender – and they have earned a permanent place in my studio. 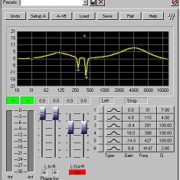