PLEASE NOTE: This article has been archived. It first appeared on ProRec.com in January 2001, contributed by then Senior Editor Bill Park. We will not be making any updates to the article. Please visit the home page for our latest content. Thank you!

Ah, Grasshopper, True Enlightenment Comes But Does Not Call

A long time ago I discovered that everyone out there was a better soundman than I was.

How did I come to discover this basic truth?

Why, the drunk leaning over my right shoulder told me so, just when he demanded that I turn down the bass. As the bass player’s girlfriend was shouting in my other ear that she couldn’t hear the bass, what the hell was wrong with me? It was many years ago, but I remember it like it was yesterday.

I think that live sound reproduction is an especially unique industry. It is not often that one can work in an industry in which your job contains an element of audience participation. It is not something that I expected to find when I first stepped behind a board. In fact, it is so refreshing that I would like to see it adopted in other job arenas.

“That’s no way to teach algebra, you numbnuts….”

I’ve done a lot of live sound in my life, for a dizzying array of clients, in every imaginable venue. I’ve worked very hard to perfect the craft. About eight or ten years ago, a writer for one of the major trade magazines wrote a column about live sound. He referenced a Bonnie Raitt concert at the Bowl, and said how terrible the sound was. He was proud of how he had left his down-front seats, and journeyed over to the soundboard with the local JBL rep in tow, to complain. He was outraged that the sound guy blew him off. After all, he was an important writer, and he was with a JBL rep.

Now, I had to respond. My response was pretty simple. It went something like, “Who asked you?” Well, perhaps it was a little more…intrusive. From there, I got a little more, shall we say, rambunctious. I was an excitable boy back then, and I’m afraid that I defended the practitioners of live sound and reamed him a new one at the same time. The magazine chose not to print my letter.

This is an important question. “Who Asked You?” I have long ago learned how to divorce myself from the critical end of listening, and just to enjoy performances for what they are, and to enjoy recordings for what they are. When I am asked my opinion I offer it, after specifying that, “If you don’t want to know, don’t ask!” But on a daily basis there are thousands of carpenters who feel no need to comment on their brother carpenter’s work, and thousands of factory workers who feel no need to comment on their brother factory worker’s work. Nobody is paying me to oversee that vast number of audio jobs that happen in this country every day. And it hurts my ego to say that. After all, how foolish can these people BE? But I digress… My point is that it is none of my business unless I am involved in the project in question.

So I am sticking my nose in here, into an area that is basically none of my business. But I’ve got to ask… Why Does Live Rock And Roll Sound Suck? It doesn’t just suck a little. It sucks a lot. Big time, cheap-gin, street-corner hooker, “here-come’s-my-boyfriend-now” crack-smokin’, rat-eatin’, sucks.

I asked my friend Rosie Outlook, and she said, “Why Bill, whatever do you mean? Power amps and signal processing quality is better than ever. Speaker technology has evolved to the point where tight pattern control can tame even the most horrible venues. Active and reactive crossovers and computer processor amplifier/processor inter-communication insures clean power transfer to the drivers and system control that was unthought of ten years ago. Better microphones, better monitors, and some really impressive testing tools have enabled the sound engineer to read and compensate for nodes and other room anomalies. The state of live sound has never been better.”

All this is true and more.

So I ask again, “Why Does Live Rock And Roll Sound Suck?”

I attend a lot of concerts, theater productions, operas, ballets, and musicals. Sometimes I am working on the event, sometimes I am just an audience member. But my broad spectrum of interests takes me to many different types of events. So let me tell you something that I have observed.

This season, bands like Stone Temple Pilots, Page/Crowes, and AC/DC have appeared here. They hang their carefully chosen flying rigs, measure to make sure that everything is in proper alignment, and put up their subs and center fills. The sound guys work the rooms, open their laptops and run the JBL Smaart system, and after all the tweaking and adjusting has been done, they throw on CDs that are known to be clean and particularly well produced to check the system against a known reference. These are usually CDs by Steely Dan, James Taylor, stuff like that. The music that is chosen usually contains dynamic range, broad frequency response, air, and crisp sounds.

Understand that these guys are bringing in a packaged system, and that they have control over where the speakers get placed, aimed, and how all of the components are set up and powered. When they run these clean CDs, after all the setup work is done, the sound is awful. I want to scream,”James Taylor does not lisp! Cymbals do not sound like glass breaking and air escaping from a hose!!!” Low end? Don’t get me started… The stagehands are all standing around looking at each other. There’s obviously something wrong, but they don’t know what it is.

If It’s Too Loud, You’re Too Old

Segue to a legitimate theater. The sound guy for a touring musical is putting in his system. It has to be on the proscenium apron. A row of center fill speakers arches out in front of the orchestra pit. The sound guy has to interface with the house main cluster high above and forward in order to hit the balcony. He has to tap into the under-balcony speakers, as well as the back stage paging and lobby systems. He has no control over the source points of these speakers, their amplification, or their frequency responses and patterns. They are different in every room that he will visit, and they present a different delay problem in every room. He has to adjust for arrival times due to all these different source locations. He uses similar equipment to his rock counterparts, but it is a much more difficult job. When he is finished, he puts on AC/DC, Led Zeppelin, and some other hard rock favorites. It sounds wonderful. The whole joint is rocking, the crew is grooving with the music…

Now, why can’t the guy with the big rock and roll sound system make it sound this good?

Pick a card, any card

So here’s the deal. I don’t really have an answer for you. I don’t know why this is true, but it is almost universally true. Are these newer boxed systems harsher than we think? Are processors destroying the sound? Are there too many VCAs in line? I don’t think so. Other than that, the only correlation that I have is that most of the sound guys in the theater are in their forties, and many of the touring rock sound guys are younger. But that is not universally true. I still see a lot of the old guys mixing rock, too. Of course, when they are at the board the sound is better…. But then, I’m in my forties…. What’s that? I can’t hear you….. 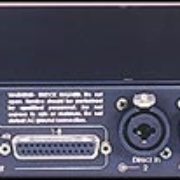